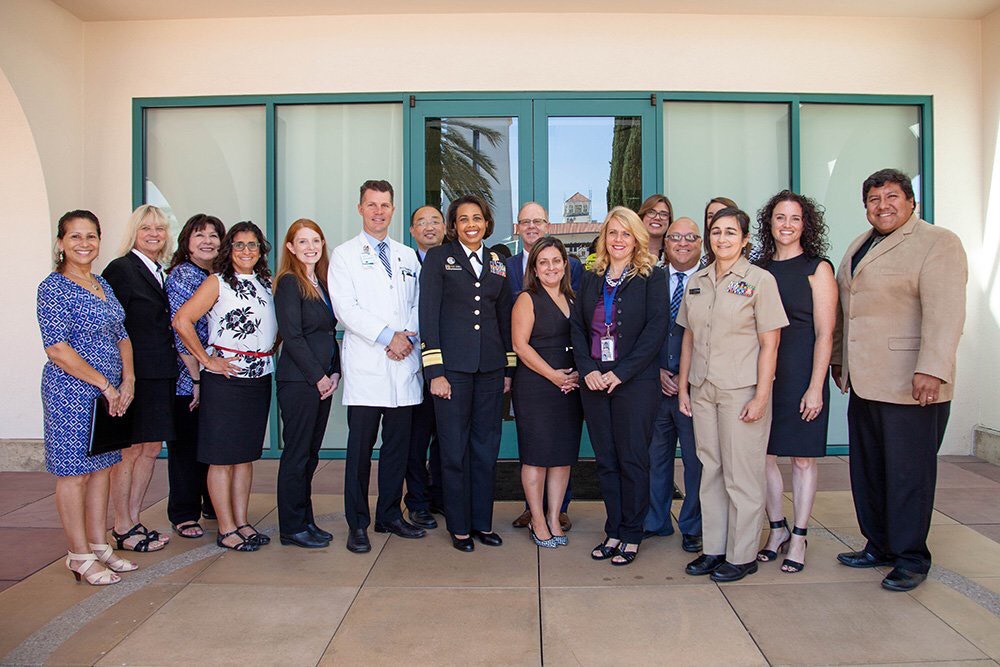 Rear Admiral Sylvia Trent-Adams, Ph.D, R.N., F.A.A.N., carried out an informative and inspiring lecture at San Diego State University’s Provost Distinguished Lecture series on September 26. Trent-Adams was appointed deputy surgeon general in the fall of 2017 being the first non-physician appointed to this position. As a deputy surgeon general, she assists with operations of the U.S. Public Health Service (USPHS) Commissioned Corps and communications regarding the health of the nation. Assisting the Surgeon General, Jerome Adams, Trent-Adams leads a diverse team of more than 6,700 public health professionals who fill in public health leadership and clinical service roles in U.S. federal government agencies.

Prior to being appointed, Trent-Adams was a deputy associate administrator for the HIV/AIDS Bureau, Health Resources, and Services Administration assisting in managing a $2.3 billion program funding medical care, treatment, referrals, and support services for people living with HIV. Her other recent work was in the Health and Humans sector, working to improve health care access for the vulnerable population and communities.

Speaking to more than 450 faculty, staff, students, and community members Trent-Adams spoke on the health of the U.S. nation and those surrounding it. She discussed current efforts to aid and assist the multiple countries and states affected by natural disasters, including Puerto Rico. She furthermore, spoke on critical efforts to address the opioid epidemic, mental illness, and obesity across the nation. Her key advice for public health practitioners and the community was to be a great listener as many times many may want to help but never stop to listen to the community first.

Her anecdotes of her rural upbringing in Virginia and as a first-generation college student inspired the audience. She shared her experiences that led to her public health interest, volunteering at the nearest hospital that was an hour away and seeing her community not having easy access to preventative healthcare services. Describing the barriers, she faced throughout college such as being underestimated in her work and her family’s financial struggle, Trent-Adams went on to congratulate all those who were attending the lecture regardless of the barriers throughout one’s life course. She indicated the extreme barriers many face towards an education and that one should not “take it for granted.” Her advice to the SDSU community was to stay focused, work hard, don’t let anyone deter you from what you want to do, be willing to fight for your desires, and always have a plan (A, C, D,…X, Y, and Z).