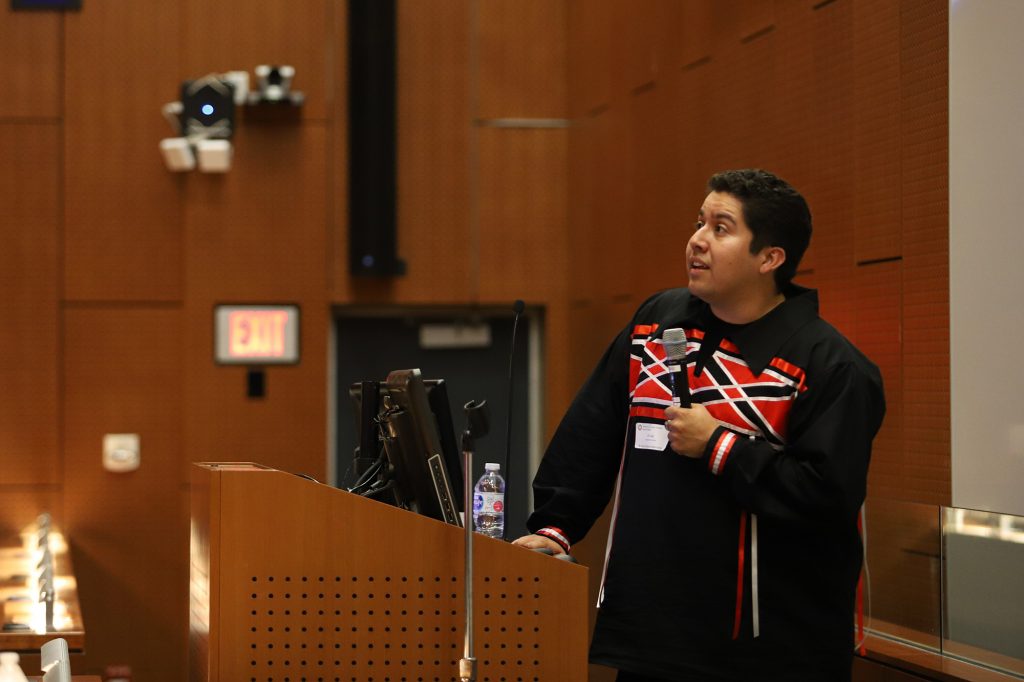 Alec Calac is a second year Global Health student in the UCSD-SDSU Joint Doctoral Program (JDP) in Public Health. He received his Bachelor’s Degree in Neuroscience and Cognitive Science and Molecular and Cellular Biology from the University of Arizona. After receiving his Bachelor’s Degree, Alec moved to Washington DC, where he completed concurrent research and health policy fellowships at the National Institutes of Health and the National Indian Health Board, representing the California Indian Health Service Area on issues faced by American Indian and Alaska Native communities, such as youth mental health crises and access to traditional food systems.

Alec has a special interest in educational attainment and supporting the next generation of American Indian and Alaska Native physicians. He was largely responsible for the conceptualization and development of the new Program in Medicine – Transforming Indigenous Doctor Education (PRIME-TIDE) initiative at UC San Diego School of Medicine, part of a $2.6 million investment from the state of California. He expressed the importance of having a community of support, which he has as a member of the Pauma Band of Luiseño Indians, one of the 18 federally-recognized Tribes in San Diego County.

Alec’s father, Dr. Daniel Calac, graduated from SDSU in 1995 with a Bachelor’s degree in Biology, and is the first physician from the Pauma Band of Luiseño Indians. He is now the Principal Investigator for the California Native American Research Center for Health (CA-NARCH), which supports American Indian and Alaska Native students interested in biomedical research and health professional careers at SDSU, UCSD, and CSUSM.

In 2018, Alec was accepted into the UC San Diego School of Medicine Medical Scientist Training Program, which trains MD/PhD students across a wide range of disciplines. After completing two years of medical school, Alec transitioned to the JDP program.

Alec’s research interests are in the areas of tribal public health, health policy, workforce development, and social media. He is interested in developing frameworks for the responsible conduct of social media research that incorporate and respect Indigenous Data Sovereignty, which is the right of Tribes to govern the collection, management, and use of data generated by their own members. Alec is mentored by Dr. Timothy Mackey, who heads the Global Health Policy and Data Institute and is also a JDP alumnus.

In addition to his great number of accomplishments, Alec has received several scholarships and fellowships, including a $10,000 ARCS Scholars Award from the Achievement Rewards for College Scientists (ARCS) Foundation to support his research and career development; a $40,000 Cornelius Hopper Diversity Award Supplement from the Tobacco-Related Disease Research Program (TRDRP) to supports his research interests in substance use among American Indians and Alaska Natives; and a $5,000 Data Analytic Governance and Accountability Fellowship from the UC San Diego Institute for Practical Ethics and Halıcıoğlu Data Science Institute.

In March of this year, Alec was chosen by the Clinton Foundation to complete the Clinton Global Initiative University. He is working to launch a non-profit organization that will support the training of American Indian and Alaska Native physicians in California. One of Alec’s followers on Twitter includes global health advocate and the former U.S. President Bill Clinton and former U.S. Secretary of State Hilary Clinton’s only daughter, Chelsea Clinton.

Alec has published in the American Journal of Public Health, Journal of Internal Medicine, and has additional works in press. He has also published two editorials in the San Diego Union-Tribune, which have spurred community-wide discussions around Tribal-academic relations. He recently hosted a Clinical Problem Solvers Podcast Episode that talks about Addressing Anti-Indigenous Racism in Medicine.

In the future, Alec hopes to continue much of the work he is doing as a physician-scientist trained in public health and health policy. After completing his doctoral degree, Alec will be going back to medical school and completing his residency training and hopes to work at an academic medical center overseeing Tribal pathway programs and research programs.

Alec expresses that he has tremendous support from both SDSU and UCSD, and emphasizes to students that they can drive social impact while at school.

He just wishes there were more than 24 hours in a day.