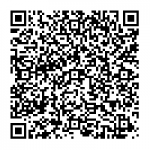 Dr. Erik D. Storholm is an Assistant Professor in the Division of Health Promotion and Behavioral Science in the School of Public Health at SDSU. Prior to joining SDSU, Dr. Storholm was Behavioral Scientist at the RAND Corporation in Santa Monica where he maintains an adjunct appointment. He is also a combination prevention core scientist at UCLA’s Center for HIV Identification, Prevention, and Treatment Services (CHIPTS).

Dr. Storholm is a licensed clinical psychologist with research interests in the areas of health promotion and disease prevention. Storholm’s research program focuses on reducing health disparities through behavioral and biomedical interventions that focus on improving mental health, reducing substance abuse, and preventing HIV/STI transmission among high-risk sexual and gender minority populations. Storholm has led several NIH-funded projects in the area of biobehavioral HIV prevention uptake and adherence. During his doctoral studies, he was a fellow in the NIH-funded Clinical and Translational Science pre-doctoral training program at the NYU Langone School of Medicine. He then completed a two-year postdoctoral fellowship in the NIDA-funded Substance Abuse Treatment Services and Research Program in the Department of Psychiatry at the University of California, San Francisco Medical Center before joining RAND. Storholm received his Ph.D. from New York University and completed his clinical training in the Departments of Psychiatry at Columbia University Medical Center and the Mount Sinai Hospital System in New York City.