You are here: Home / People / Francisco I. Bastos 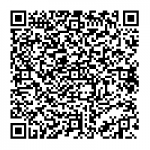 Division of Epidemiology and Biostatistics

His work has focused on the major harms associated with substance dependence, initially limited to opioids and related iatrogenic conditions, and later focusing on substances that are currently prevalent in Brazil, such as alcohol, cannabis, as especially powder and smoked coca/cocaine products. Relatedly, over the years he has been working with HIV/AIDS and viral hepatitis. More recently, he fully realized that besides clinical and epidemiological aspects, programmatic and operational dimensions should be highlighted and made more pragmatic and humane. This insight broadened his horizons, with the incorporation of issues such as human rights promotion and protection, advocacy, policy-making, and monitoring & evaluation into his areas of interest.

He is both concerned with Brazilian issues as well as with the global dimensions of public health. After three decades in these fields, he has lived as a somewhat paradoxical combination of researcher and doctor serving impoverished and stigmatized populations, as well as a mentor of students, most of them from underserved communities. He is happy to be both a physician who is known among the homeless and the disenfranchised residents of the communities surrounding the Oswaldo Cruz Foundation main campus, as well as a global scholar with close links with friends from San Diego and several other cities and localities, worldwide.

For a list of his more than 200 publications, see his PubMed.