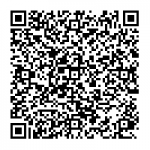 Dr. Nikbakhtzadeh graduated in 1995 from Shiraz University with his BS degree in Plant Protection, and thereafter pursued his education towards a Master’s degree in Medical Entomology at Tarbiat Modares University (TMU), Tehran (1998), and a PhD program in Medical Entomology in 2002. He began the second PhD in Chemical Ecology at the University of Bayreuth in Bayern, Germany. After graduating from University of Bayreuth, he was offered an Assistant Professor position at the TMU, where he used to teach and do research until 2009.
In 2010 Dr. Nikbakhtzadeh joined the Mosquito Chemical Ecology group at the Ohio State University as a postdoctoral researcher. His research at the time was mostly focused on the interactions among hosts, plants and the main malaria vector in East Africa, Anopheles gambiae. From 2013-14, he was working as the Vector Biologist for the State of Vermont. He joined UC Davis in 2014 as a project scientist when he was intensively working on mosquito behavior in order to develop effective attractants for the vectors of West Nile Virus, Culex quinquefasciatus. Since 2016, he has been working on various medically-important vectors/diseases in southern California.