Six SDSU School of Public Health (SPH) students received the Presidential Graduate Research Fellowship (PGRF), which is a university-wide competition designed to recruit non-resident graduate students who demonstrate outstanding potential for achievement in research or creative activity. Awards provide a waiver of non-resident tuition for the first year of an SDSU graduate program and are renewable subject to good academic standing. Renewals provide a maximum of 5 semesters overall for master’s students and 10 semesters for doctoral students. Carrie Nacht and Shuwen Li are among the six students who received the PGRF. 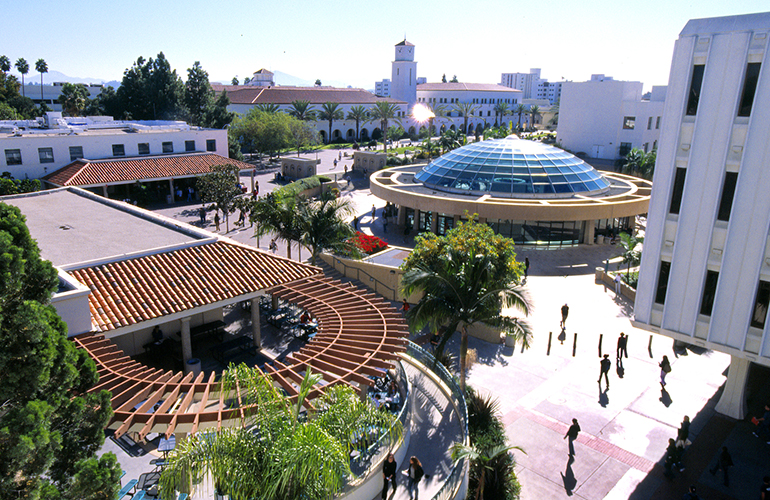 Carrie Nacht is a Joint Doctoral Program student at SDSU and University of California, San Diego (UCSD) majoring in Public Health with an emphasis in Health Behavior. She received her Bachelor of Science in Microbiology and a Bachelor of Arts in French with a certificate in European Studies from the University of Wisconsin-Madison and continued to get her Master of Public Health (MPH) in Epidemiology and Global Health from the University of Illinois, Chicago. Carrie’s research interests include reducing the morbidity and mortality of HIV/STIs among high-risk populations, particularly gender, sexual, and racial/ethnic minorities. Her interests lie at the intersection of social epidemiology and social behavioral science to develop, implement, and test intervention methods to reduce sexual risk behaviors. Carrie is currently working with

Dr. Erik Storholm, an SDSU SPH faculty member in three different projects targeted at increasing HIV protective behaviors among sexual and gender minorities who are at high risk for HIV. These projects include “Eros”, which looks at how intimate partner violence affects HIV risk and protective behaviors; the “PrEP Well” project, which is working on implementing culturally appropriate and gender-affirming PrEP services at the Trans Wellness Center in Los Angeles; and a third project working with a cohort of Black HIV positive sexual minority men living in the South to see how COVID-19 has impacted their HIV care engagement. Carrie always knew she wanted to pursue a career that would improve lives everywhere and found it in public health. She is passionate about sexual education and removing the stigma that comes with discussing sex in hopes of creating a culture where sex can be discussed without judgment, especially among underserved populations, to help reduce disparities in sexual and reproductive health.

Shuwen Li is also a Joint Doctoral Program student at SDSU and UCSD majoring in Public Health with an emphasis in Health Behavior. She received her undergraduate degree in Public Administration in China and moved to the United States about 5 years ago to pursue a master’s degree in Public Policy at UCSD. Shuwen has been looking for opportunities to conduct policy research, and she found that possibility in the field of public health. In the past 2 years, Shuwen has been a survey researcher at the UCSD’s Center for Research and Intervention in Tobacco Control (CRITC), led by Dr. Shu-Hong Zhu. Shuwen is a member of a research group that conducts the California Student Tobacco Survey (CSTS), a population survey to determine the statewide prevalence of adolescents’ use of various tobacco products and marijuana. The more she is involved in public health research, the more she is amazed by its complexity, importance, and potential impact on policy-making. After Shuwen expressed her passion for public health research and the eagerness to take more in-depth training, Dr. Zhu encouraged her to apply for the Joint Doctoral Program and nominated her for the PGRF based on her academic achievement. Shuwen’s first scientific paper was published in the journal of the American Academy of Pediatrics titled “Adolescent Use of and Susceptibility to Heated Tobacco Products”, which reveals that California high school students were aware of and attracted to heated tobacco products (HTPs), novel non-combustible tobacco products that are similar to e-cigarettes in many ways. One of the leading HTP brands, iQOS, has been approved by FDA to be sold as a “Modified Risk Tobacco Product.” Shuwen emphasizes the danger that adolescents may be attracted to these novel products because of their appealing product design and the supposedly lower risk profile. Furthermore, Shuwen is writing a paper on adolescents’ information-seeking about marijuana and is exploring how many students have gone online or visited a website to obtain information about marijuana and what type of information they are looking for. Shuwen appreciates the opportunity to better equip herself in her future career in the Health Behavior track, which is providing her the opportunity to understand behavior determinants and learn to design interventions that can influence behaviors at the individual level as well as the population level.