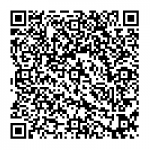 Dr. Gersberg specializes in water quality research and limnology, and has broad experience working with both chemical and microbiological pollutants and risk assessments. He has over 70 scientific publications in these areas.

Dr. Gersberg has conducted a number of studies on the fate of bacterial indicators and toxics in both freshwater and estuarine ecosystems. Dr. Gersberg has served as scientific director of an EPA-funded project on the use of constructed wetlands for wastewater treatment at Santee, CA , and is now considered one of the pioneers in the field of constructed wetland treatment.  He currently serves as a technical advisor and doctoral mentor on several research programs on Constructed Wetlands and Bioretention for Stormwater Treatment at Nanyang Technological University in Singapore, and also has a similar international research exchange at the University of Applied Sciences in Magdeburg, Germany. He has served as technical consultant on aquatic and human health risk issues in impaired waters all over the nation and internationally, including the Venice Lagoon, Italy, the Straits of Juan de Fuca, Victoria, Canada, the Tijuana River Watershed, Mexico, the Elbe River, Germany, Fountain Creek, Colorado, and numerous water bodies in California including the San Francisco Bay Delta, Mission Bay, Newport Bay, San Diego Bay, and Santa Monica Bay.